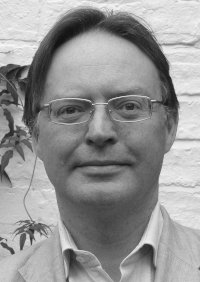 Geoffrey Webber was organ scholar at New College Oxford, an institution which has enriched Nottingham’s musical life as its students have included John Keys, Paul Hale, Andrew Burnham and the late John Morehen. Thirty years of service by Geoffrey Webber at Gonville & Caius College Cambridge produced a renowned and much-recorded choir, since when he has been organist of Hampstead Parish Church and associate director of the Armonico Consort.

Like the scribe in the bible who brings out treasures old and new, Geoffrey Webber begins with a contemporary of Bach and Handel, Domenico Zipoli, who began his career in Rome, became a Jesuit and worked for most of his life in South America.

The music we hear by Zipoli was written for the church, as is the music we will hear next but where the contrast could not be greater. Percy Whitlock was a cathedral and church organist until he escaped for a more secular world: the Psalms, staple features in any church organist’s repertoire, inspired him to a range of responses culminating in the lively Exultemus.

Richard Strauss is not readily associated with the organ, although Also Sprach Zarathustra, An Alpine Symphony and the Festival Prelude have important organ parts, and he was the dedicatee of a major organ piece by Reger. Strauss is revered as a composer for voices, as witness his much-loved operas. He also gave an opera chorus an outing of its own in his glorious Deutsche Motette, where Geoffrey Webber’s choir was involved in a recent recording: a massive multi-textured romantic piece here presented on the romantic organ and to be given its first performance at the Albert Hall.

This recital ends with three pieces by Louis Vierne for Notre-Dame, the restoration of whose organ (and indeed the building in which it stands) is anxiously awaited. Vierne played in Nottingham in 1925 and not long afterwards undertook an American tour which inspired the twenty-four Piѐces de Fantaisie, very wide-ranging and not all of them intended for church use. We are to hear the capricious Impromptu, written for his fellow blind organist André Marchal, the utterly mysterious, not to say ghostly, Fantômes, and finally the well-known Carillon de Westminster which grew out of an improvisation on the new organ at Westminster Cathedral in January 1924.