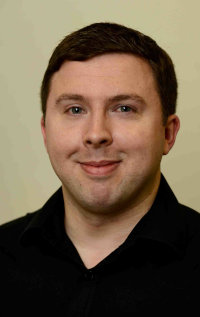 Ben Giddens is currently Associate Organist at St Martin in the Fields in Trafalgar Square. He brings us a programme of English romantic music, with a dash of Bach (the lively Prelude and Fugue in A minor) to start the second half.

Beginning with John Cook’s noble Fanfare, associated with the Festival of Britain, Ben Giddens then reminds us that he was once organ scholar of Norwich Cathedral by playing a piece by its distinguished former organist Heathcote Statham, his Rhapsody on a Ground.

There is a Nottingham connection with John Ireland, whose totally tuneful Miniature Suite comes next. Ireland was for several years organist of St Luke’s Chelsea; the instrument he designed for that church can now be heard in St Martin’s Sherwood. The Ireland pieces are followed with a rousing and well-known Postlude by Ireland’s fearsome teacher Stanford.

Two “tunes” feature in the second half. Whitlock’s Folk Tune, in the wistful idiom of his teacher Vaughan Williams, is followed by Norman Cocker’s wonderful outing for the loudest stop on the organ, the Tuba.

Finally it’s off to Gloucester Cathedral for Herbert Howells’s homage to both the building and the great piece he first heard there, VW’s Tallis Fantasia, and to end from Howells’s teacher Herbert Brewer we hear the rousing Marche Héroïque which made such a fitting finale to the wedding of the Earl and Countess of Wessex.